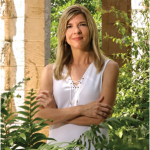 MIAMI, Fla. (May 29, 2015) – University of Miami officials officially launched the Miami Affordability Project, or MAP, an interactive online tool that provides rich data about affordable housing and development.  In a meeting at The Beacon Council, more than 100 community officials, executives, and local media turned out for the event, which has been more than a year-and-a-half in the making, and which was spearheaded by UM’s Office of Civic and Community Engagement and the Center for Computational Science.

The MAP program is free to use and visualizes neighborhood-level housing market dynamics, and assists in developing data-driven strategies for housing and community development.

“The overall goal of our housing and community development work is to increase the availability of affordable housing and to promote balanced, people- and place-based revitalization strategies that are sensitive to the history and culture of neighborhoods,” said Robin Bachin, Assistant Provost for Civic and Community Engagement (pictured at right).

The project, which focuses on improving housing opportunities for residents of low- to moderate-income Miami neighborhoods, was funded through grants from JPMorgan Chase and the Jessie Ball DuPont Fund.  According to the team’s research, Miami is the third worst city in the country when it comes to affordable housing.

“With the development of MAP, courtesy of Dr. Bachin and her team at the CCE, we will now be able to better measure, better manage, better provide for affordable housing because our basic assumptions will be right, not wrong,” said Michael Liu, Director, Miami-Dade Public Housing and Community Development (at left). “It will be based on empirical data and analysis, not on myth and anecdote.”

Liu joined fellow community officials Arden Shank, President and CEO of Neighborhood Housing Services of South Florida, and Barbara “Bobbie” Ibarra, executive director of the Miami Coalition for the Homeless, as speakers. The launch also featured speakers from JPMorgan Chase, and The Beacon Council.  The innovative project is only the second of its kind—the first was done in New York.

Click for more information on the MAP and its capabilities.