Vance Lemmon is the program director for the CCS Computational Biology & Bioinformatics Program.  He holds the Walter G. Ross Distinguished Chair in Developmental Neuroscience at the Miami Project to Cure Paralysis and is a Professor of Neurological Surgery at the University of Miami. He also is an associate member of the John P. Hussman Institute for Human Genomics.

Dr. Lemmon joined The Miami Project to Cure Paralysis in 2003.  He collaborates with Prof. John Bixby and uses High Content Analysis to screen drug compound and cDNA libraries for perturbagens that can enhance nerve regeneration after injury to the central nervous system.   Recent publications describing this work have appeared in Science magazine (2009, 2011) and the Proceedings of the National Academy of Sciences, PNAS (2102).  The LemBix group uses the CCS HPC resources to analyze next generation sequencing data and run support vector machine algorithms on data from kinase inhibitor experiments.  The later project is done in collaboration with Stephan Schürer of CCS. 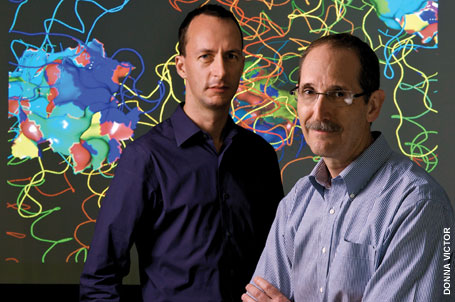 The work of Stephan Schürer, Ph.D., and Vance Lemmon, Ph.D., powered by a federal stimulus grant, is now enabling scientists to access and analyze complex biological datasets in just minutes.

Previously he was a Professor of Neuroscience at Case Western Reserve University for 15 years and the University of Pittsburgh for 5 years.  During that time his work focused on neural cell adhesion molecules and brain development.   He received his Ph.D. in Anatomy from Emory University in 1978 and was a post-doc at Washington University in St. Louis.  In his spare time he rides a bicycle.