The National Science Foundation has awarded a consortium of 28 collaborating institutions, led by Clemson University, a $750,000 grant to fund a Research Coordination Network to set up a national forum for the exchange and dissemination of best practices, expertise, and technologies to enable the advancement of campus-based research computing activities.

The project, entitled “RCN: Advancing Research and Education Through a National Network of Campus Research Computing Infrastructures – The CaRC Consortium,” is designed to bring together a wide range of campuses and community stakeholders to form a novel, yet complementary, element of an evolving and expanding national cyberinfrastructure ecosystem.

“CaRC is a unique program nationally and we are eager to participate,” said Dr. David Hudak, interim executive director of the Ohio Supercomputer Center. “Universities across Ohio have more researchers in more disciplines relying on supercomputing and other advanced computing services. By sharing and developing best practices with other CaRC members, OSC will strengthen its nationally competitive services to better support Ohio researchers.”

Jim Bottum, research professor and director of the Center of Excellence in Next Generation Computing and Creativity at Clemson and Internet2 Inagural Fellow, serves as CaRC’s principal investigator.

“We are very excited about the potential of CaRC,” Bottum said. “A growing number of universities are recognizing the need for strong, centralized Cyberinfrastructure support for research, and CaRC gives campuses the ability to accelerate their growth on the maturity curve and enhance their local capacities through the partnership.”

Dr. Thomas Cheatham, director of the University of Utah’s Center for High Performance Computing and a professor of medicinal chemistry, will serve as the CaRC’s inaugural chair to guide the consortium in its start-up activities and to engage the membership in developing its national engagement program.

“Research computing needs on campuses are exploding and they are straining the capacity of our local resources,” said Cheatham. “To reach the challenge of fully enabling the growing needs, we need to break the silos to better communicate and collaborate with other campuses and regional and national CI entities to ultimately better share, develop and optimize our people, collective experiences and resources.” 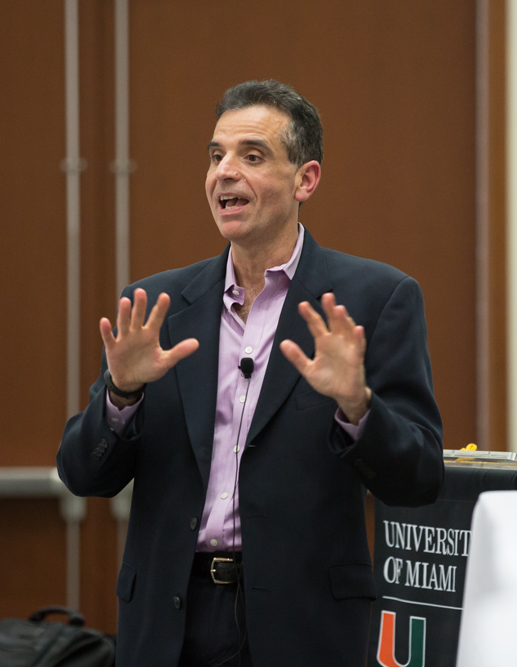 “CaRC represents an exciting opportunity to create a vibrant community that emphasizes the strategic nature of research computing through facilitating the sharing of resources and expertise,” Tsinoremas said.

CaRC will offer a program of activities at a national scale, including the sharing of knowledge, best practices, software and hardware technologies, expertise, workforce development and professional development. The project officially began on July 1.

About the Ohio Supercomputer Center

The Ohio Supercomputer Center (OSC), a member of the Ohio Technology Consortium of the Ohio Board of Regents, addresses the rising computational demands of academic and industrial research communities by providing a robust shared infrastructure and proven expertise in advanced modeling, simulation and analysis. OSC empowers scientists with the vital resources essential to make extraordinary discoveries and innovations, partners with businesses and industry to leverage computational science as a competitive force in the global knowledge economy, and leads efforts to equip the workforce with the key technology skills required to secure 21st century jobs. For more, visit www.osc.edu.