By accessing The Cancer Genome Atlas (TCGA) Dr. Capobianco and his team built the wide-spectrum transcriptome landscape of skin cutaneous melanoma (SKCM) from 103 primary tumor samples. They measured the expression levels of protein coding genes and non-coding RNAs (ncRNAs). While recapitulating the biotypes from the SKCM differential expression profile, they found that no single method could offer a convincing solution, impeding the identification of a consensus of significant biotype values. An ensemble modeling approach was thus proposed to reconcile all evidences.

By stepping from a redundant consensus set with thousands of significant detections, to a substantially reduced model-driven coreset, their methodological strategy led to a few advantages:

Notably, a generalization of their approach is possible across cancer types and experimental system conditions generating profiles. Their strategy yielded a multitude of high-quality protein coding gene and ncRNA identifications, and revealed potential associations between pseudogenes and parental genes. Among their validations, PINK1 was one here detected as a differentially expressed target parental gene, and is well-known to be associated with Parkinson and cancer (especially melanoma). 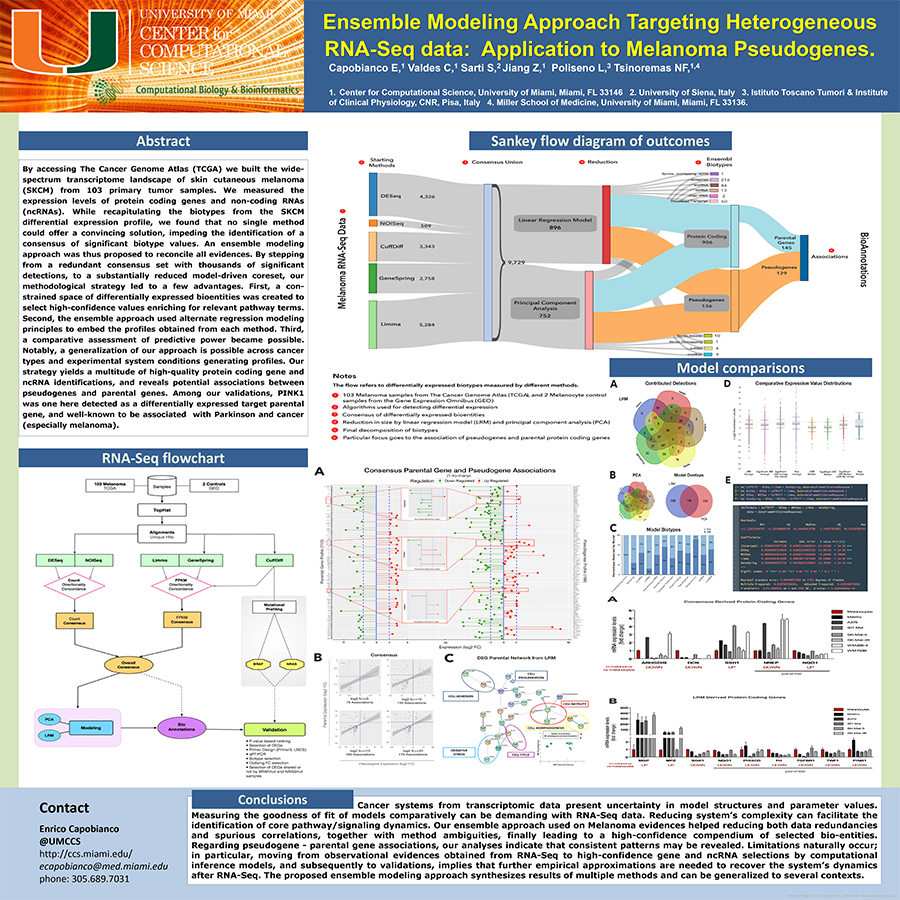