On March 2nd, 2018, the University of Miami hosted the first Data Intersections symposium. The goal of Data Intersections is to enable a conversation between professionals and scholars from domains that have been deeply transformed by the increasing availability of data and the digital tools used to manipulate it, such as data science, statistics, data journalism, the physical and biological sciences, and the digital humanities.

The premise of the Symposium, according to Alberto Cairo, UM’s Knight Chair in Visual Journalism, director of the Visualization Program at the Center for Computational Science, and part of the organizing committee, is “What if we bring six interesting people who work with data in different fields, we ask them to explain how data has transformed their work, what excites them about that change, and what worries them, and then we have them engage in a dialogue with the audience?” 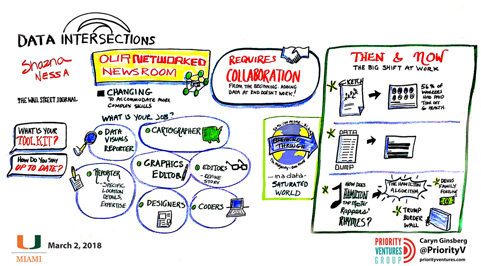 After the event, the speakers shared their main takeaways. Shazna Nessa said “There was something magical in the fact that speaker after speaker, more and more overlap in our work emerged. For example, we realize that we use very similar tools, that we have a common sense of mission, and require a similar make up of multidisciplinary teams.”

“I came to Data Intersections prepared to be comfortable with interdisciplinary perspectives on data and its uses in journalism, libraries, visualization practice, and communicating complex ideas to a wide audience” said Heather Froelich. “However, I was totally taken aback —in a very positive way— by two big aspects of the Data Intersections conference. Steve Duenes talked about ‘huggable graphs’, human engagement through the use of narrative. The digital humanities often pretends to be presenting an empirical approach to typically subjective interpretation of cultural objects, but often lacks the human connection for readers. The second aspect was the emphasis on collaboration. All the presentations and discussions focused specifically on how the issue of data cannot be a single person’s problem, requiring teams and collaboration to be interpreted from a variety of perspectives.”

Thomas Padilla explained: “For me, Data Intersections was defined by generosity. In university settings, there is often talk about interdisciplinarity but rarely does that talk deliver on its promise. This event surely did. Standing apart it would always be fascinating to learn about data challenges in human genomics, computer science, and The Guardian newsroom. Data Intersections goes a step further, pulling off the singular feat of bringing together perspectives that intentionally seek to build bridges across areas of expertise. We always need more of that.”

“Data Intersections was truly about intersections, including the various forms that they can take,” said Athina Hadjixenofontos.  “Mahsa spoke about multidisciplinary teams where the skills are split between multiple highly specialized people; in contrast, Shazna spoke about interdisciplinary teams in which each person is a true hybrid that combines a set of intersecting areas (reporting, graphics, programming) and is highly skilled in all of them.”

Mahsa Mirzargar found “It was interesting to learn how similar the challenges are when it comes to dealing with data irrespective of the discipline we work in.’

Cameron Riopelle, a librarian assistant professor at UM Libraries and planning committee member, sums up the experience nicely.  Cameron says “Data Intersections illustrated to the audience and speakers alike how important it is to bring together our interdisciplinary voices so we can continue to develop best critical practices for working in the complex everyday world of data.”

Data Intersections is supported by the University of Miami Center for Computational Science, the School of Communication, the Knight Foundation,  UM Libraries, and the College of Arts and Sciences. 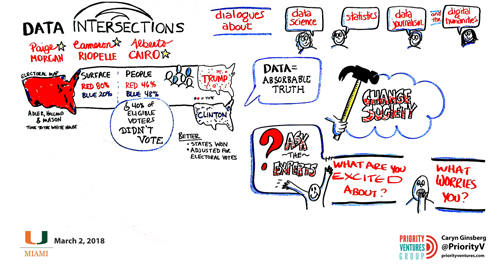 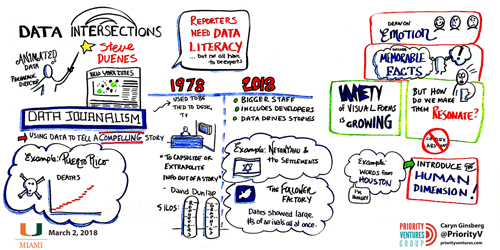 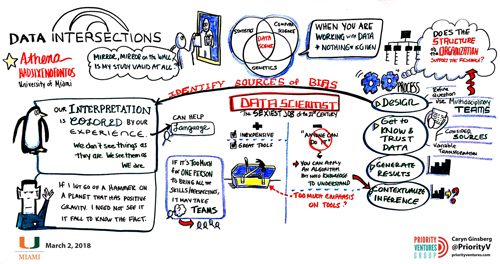 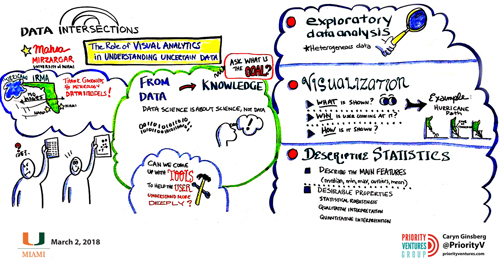 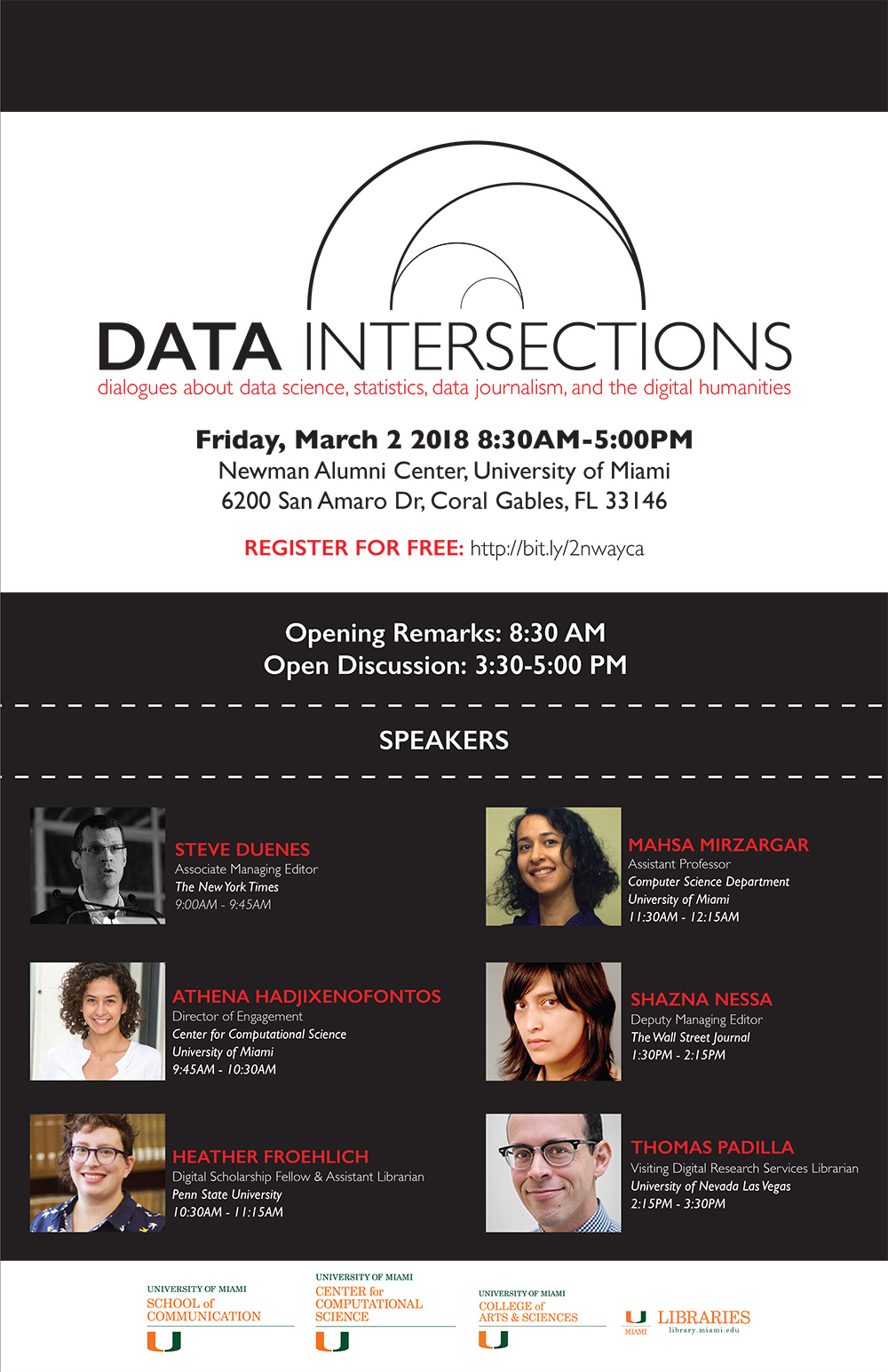 The Digital Humanities and Data Journalism Symposium was reborn as the “Data Intersections: Dialogues About Data Science, Statistics, Data Journalism,and the Digital Humanities” Conference. A one-day free conference featuring speakers from the fields of data science, statistics, data journalism, and the digital humanities, it was held on Friday, March 2, 2018 (8:30 AM-5:00 PM) at the Newman Alumni Center.