Walking pathways and how promoters can help find new drugs 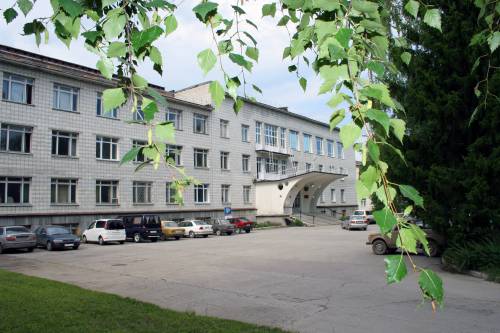 Presented by: Alexander Kel, Ph.D. Thursday March 22nd, 2012, 12:00-1:00, CRB 692. Massive changes of expression of hundreds of genes as well as changes in genomic and epigenomic landscapes observed in human diseases.

Massive changes of expression of hundreds of genes as well as changes in genomic and epigenomic landscapes observed in human diseases often represent just an “echo” of relatively few causative molecular processes in the cells taking place during the transformation into the disease state, e.g. in cancer, during malignant transformation. Non-reversible structural changes in gene regulatory networks may cause transformation of the cell homeostasis switching it from the normal state to the disease state. We call such structural network changes as “walking pathways”. Analysis of this phenomenon helps us to understand the mechanisms of molecular switches (e.g. between programs of cell death and programs of cell survival) and to identify perspective biomarkers and drug targets of cancer.

In order to automatize the causal analysis of high throughput data we have developed a geneXplain™ platform—an integrated systems biology platform. GeneXplain™ applies a unique upstream analysis approach based on implementation of machine learning and graph topological analysis algorithms in order to identify causality keynodes in the network of gene regulation and signal transduction, and combines it with full genome sequence analysis and cheminformatics methods for drug discovery. The power of this approach is that we are trying to identify causal biomarkers—those that are more than just correlating with disease or treatment outcome, but which are parts of the disease mechanism, which may differ in patient cohorts. Such personalized networks are analyzed in order to find master regulatory molecules—suggested important nodes triggering the disease. These master regulators and genes/proteins directly influenced by them are considered as promising biomarkers which can help to stratify patients according to the disease mechanism.

In the current study, we analyzed a large scale gene expression and ChIP-seq data from a study of a breast cancer samples treated with antineoplastic agents including the novel drug compounds—RITA and Nutlin, targeting p53 and Mdm2. We analyzed promoters of downregulated pro-survival genes and identified combinations of transcription factors involved in their regulation. Topological modeling of the signal transduction network upstream of these transcription factors revealed key-nodes: potent master-regulators of the cell survival program that prevent efficient apoptosis of cancer cells. We considered these key-node proteins (e.g. PI3K subunits) as causal biomarkers as well as prospective targets for novel anticancer drug combinations. We applied a cheminformatics computer tool PASS to these targets, and identified two novel prospective antineoplastic chemical compounds, which were experimentally validated in a cellular assay confirming their synergistic potential in highly selective triggering of apoptosis of cancer cells.